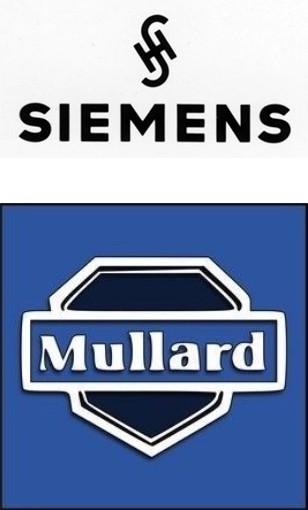 Among the AUDIO FINAL Power tubes, surely, one of the best known and most famous in the field of low frequency and HIGH fidelity Audio application, is the EL34 pentode; used in amplification since the Golden Age of Hi-Fi, late 1940s / early 1950s. One of the most prestigious and HIGH quality Manufacturers was, and is still considered today, the original English MULLARD , mostly the one produced in the Blackburn plant, or identified with code "B". Mullard in turn produced for many other European and even American brands, including SIEMENS which, on its own, never produced this type of tube. This is an ULTRA DESIRED and more than RARE QUARTET of EL34 MULLARD Xf2 (the most sought after series !!) "B" code, only Siemens branded and boxed which in any case is an added value of quality and prestige! Extraordinary opportunity for an immaculate EL34 MULLARD QUARTET totally identical in structure, practically identical production codes, SAME year and MONTH and between the second and fourth week! Excellently MATCHED , TOP & RARE choice!