The EC92 valve is a single triode, essentially half of the better known ECC81 double triode. From the manufacturer's datasheets it is described as an RF device that operates up to VHF frequencies. Developed by Philips in the mid-1950s, it was used in Radio, Television and Instrumental equipment. Due to its peculiarity of "low noise and high gain" it has been used in the past but also today in Audio frequency, especially as a microphone preamplifier; we recall the use in the legendary NEUMANN UM57. Also excellent for line and phono inputs. 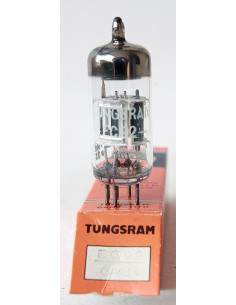 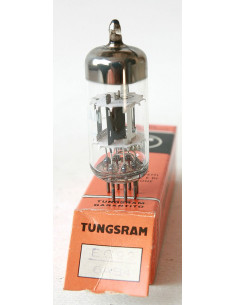 NEC92TUNN
€30.90
Interesting and quality Single TRIODE EC92 produced by SIEMENS, brand and distribution TUNGSRAM, perfect for use with microphone preamplifier!