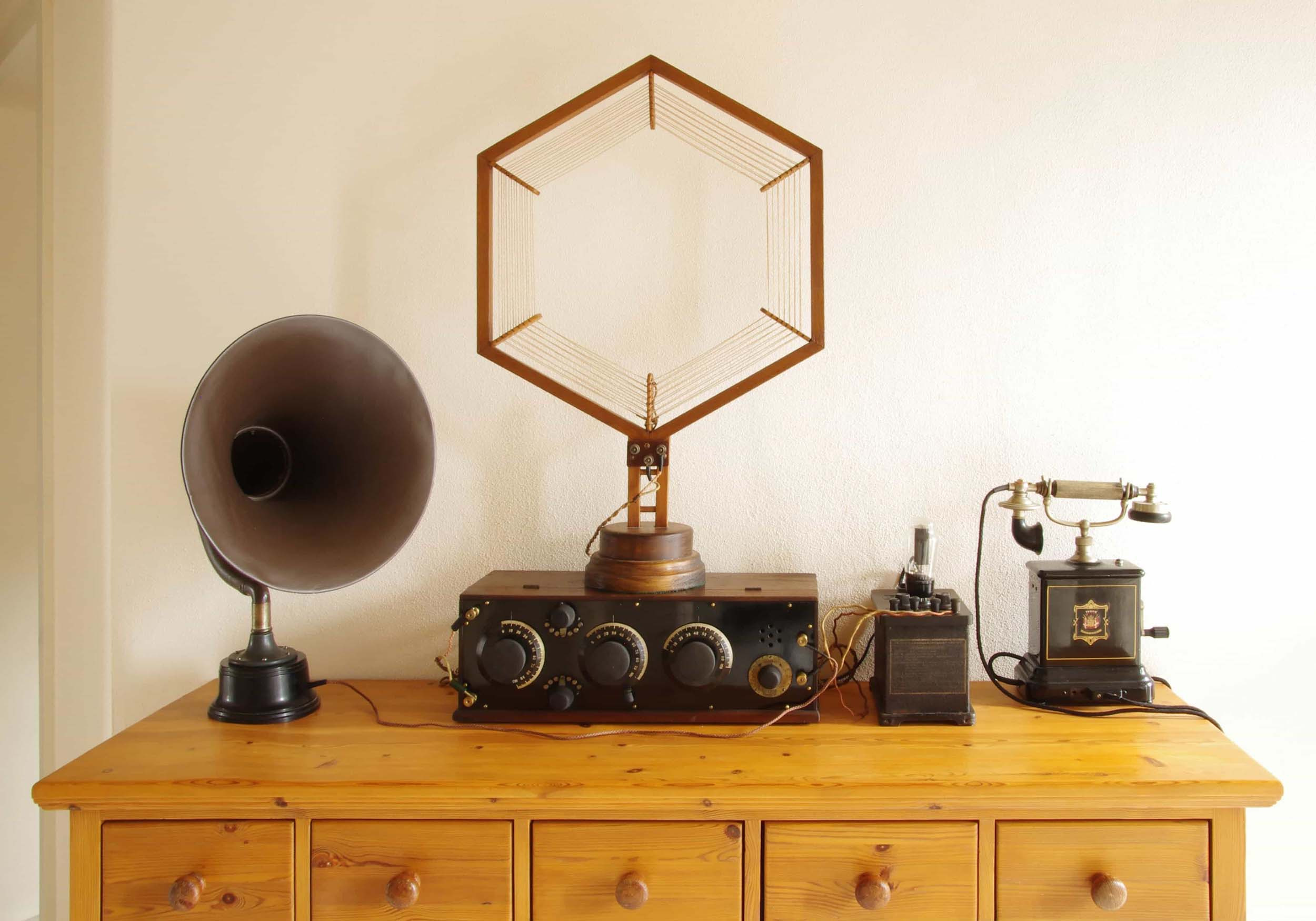 Like most kids growing up in the 1980's and having more than the average interest in electronics, I occasionally built a crystal receiver from salvaged parts. This is still "something" I would recommend doing for anyone trying to understand how AM decoding works. Even a certain level of "cheating" can be allowed, by replacing the crystal detector by a simple diode for improved convenience. Before tube sets became common by the mid 1920's, crystal sets were the most common type of radio receiver for the public. But they can only drive a small earpiece, so these would have been a personal adventure rather than a family experience.

This LM Ivry crystal set from France was produced around 1920, and was an easy restore because there's not much in it.

Despite the simplicity of the crystal set and the fact that it did not require any power to run, I became particularly interested in the early battery sets of the 1920's. With their large wooden boxes, majestic black faceplates sporting lots of dials and switches and warm glowing tubes, these were the real deal!

This is an early 1920's French 4-tube multi-band Homebrew battery set with an impressive front panel which took a lot more effort to get it working.

Over the past years I managed to acquire a few of these battery sets, which I restored to perfect working order. As you can see in the photos, I don't polish my restored radios to look like they are brand new. When something is a 100 years old, it should be allowed to show some age.

While finding a saveable 1920's receiver is not that hard in this internet era, a high-impedance horn speaker is a lot harder to find. But to find a 1920's loop antenna appeared to be the real challenge. I had been searching for years, to the point I almost gave up. And that's when I found the perfect loop antenna for sale on OldSound! The antenna was undamaged, almost like new, but it still had the nice 1920's patina. Antonello Lauriano personally took care of the packaging, so the antenna would survive the trip across Europe, and it made the journey without a scratch.

The new loop antenna paired with a 1925 kit radio, powered by a Philips 372 battery eliminator, driving a 1925 high-impedance horn speaker.

Many thanks to Antonello Lauriano from OldSound for completing my 1925 radio experience!

No comments at this moment